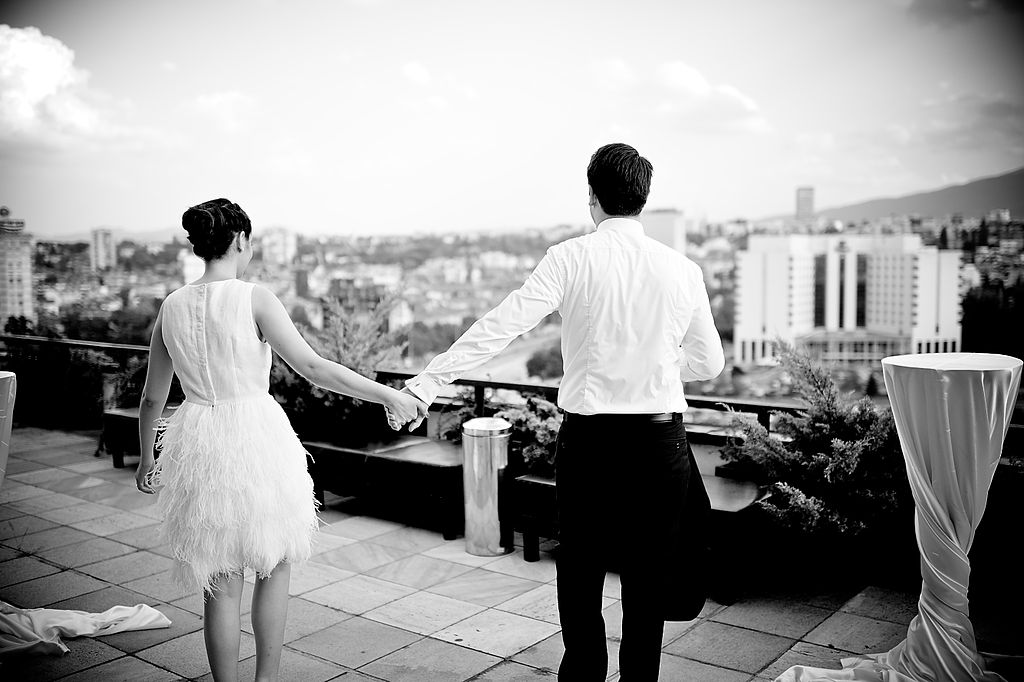 Juliana and Stuart met at college when both were doing their A-Levels, but soon lost contact as Juliana moved to Birmingham and Stuart was left back at Sussex. But, they met up again 9 years later at a book store in Sussex. At that point of time, Juliana was working as an interior and Stuart as a graphic designer in a web development company. Since, college days both had an inner feeling for each other but never shared the same thing. But, this time Stuart was sure to express his feeling for Juliana and he proposed Juliana near a beautiful Church.

Juliana too was very happy to meet Stuart and accepted his proposal. Both knew they wanted to bring their skills into their marriage but did not know how to bring out the same before the world. But, soon they both discussed and finalized the theme of the wedding which was ‘a Touch of mod’. Juliana and Stuart put the theme on their invitation cards, so that they can give their guests a clue of marriage theme. They choose coral, navy and peach as the wedding color scheme, and this particular thing started with their invitations and they continued to do the same color and taste through to the cakes, outfits and other important things. 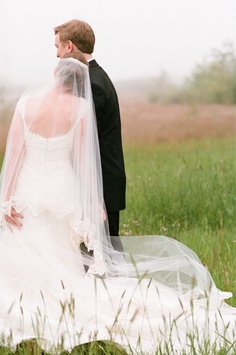 Juliana wore a vintage ivory wedding dress which had a layered tulle skirt and a sweetheart shaped bodice. She bought this vintage dress from a vintage shop named as “My collection” and as height of Juliana was less she had to shorten it so that it looked perfect on her. At the same time she also added the same colors to the tail of the dress to make it complementary to the wedding theme.  Stuart got his beautiful navy suit from his best friend’s shop, and he wore his suit with white colored shirt. The ceremony took place in the same beautiful church where Stuart proposed Juliana for the first time. Later on they moved to a beautiful resort along with the 45 guests who attended the reception.

The wedding cake was gifted to both bride and groom by their common friend William who had his own cake making shop. At the same time, Juliana and Stuart selected a two layer cake along with 50 cupcakes which was filled with chocolate. All the cakes were kept together were served with vanilla ice-cream. Juliana and Stuart selected a professional photographer for their wedding occasion. So, the whole event was full of booze, joy and happiness, and now this beautiful couple has two children, one boy and one girl and living happily ever after. Cheers!