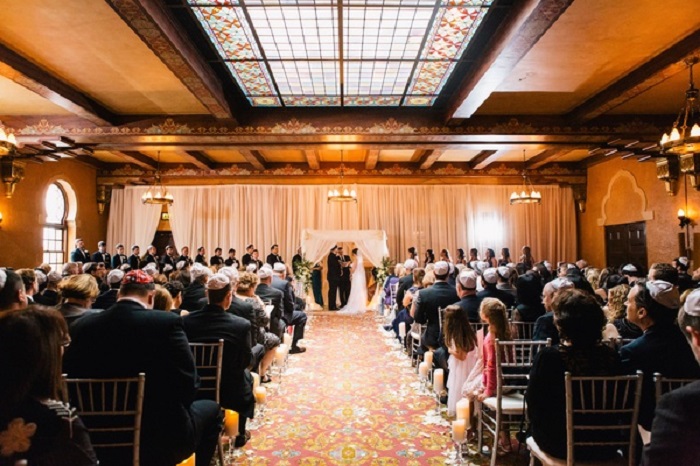 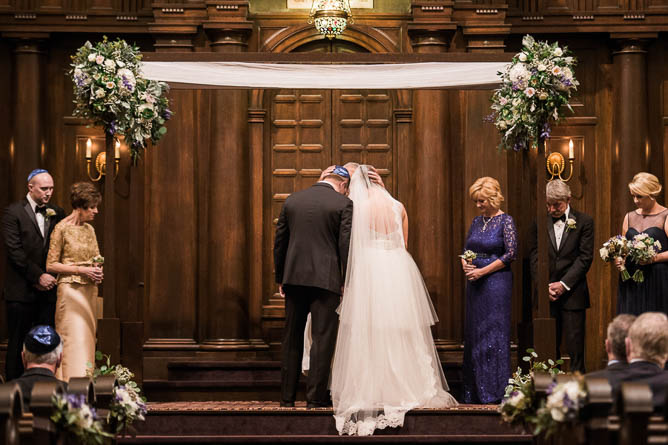 A Jewish prenuptial agreement is known as Ketubah and it describes all the groom’s responsibilities for his bride. In the Ketubah, all the terms and conditions related with protections and rights of brides are mentioned. It is not a religious document but, it is a part of Jewish civil law. It is signed by couple and witnesses just before the ceremony. 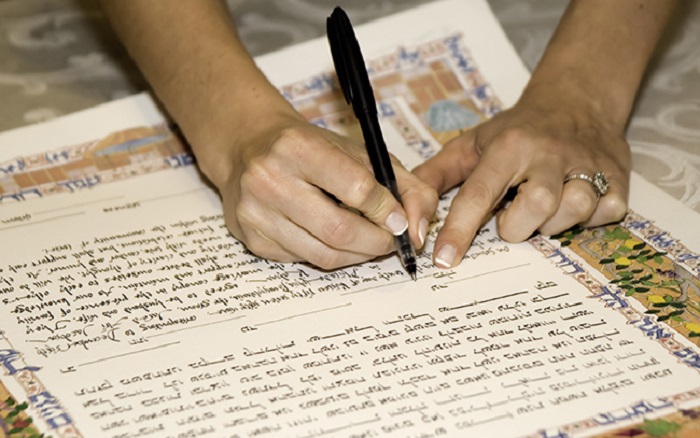 According to bible, Jacob was forged into marrying someone else other than his lover as the girl was veiled. To avoid such trickery, the groom is asked to veil his bride himself. This also signifies that groom’s love is for inner beauty not for the appearance. 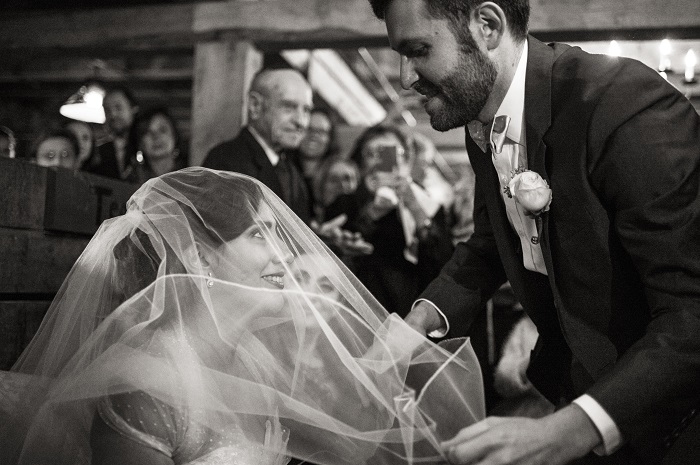 On the wedding day, brides want to feel like a queen and the concept behind this is Jewish. In ancient and traditional Jewish weddings, the bride used to sit on a throne chair and everyone used to greet her. On the modern take, a small pre-wedding celebration along with beautification for the bride happens. 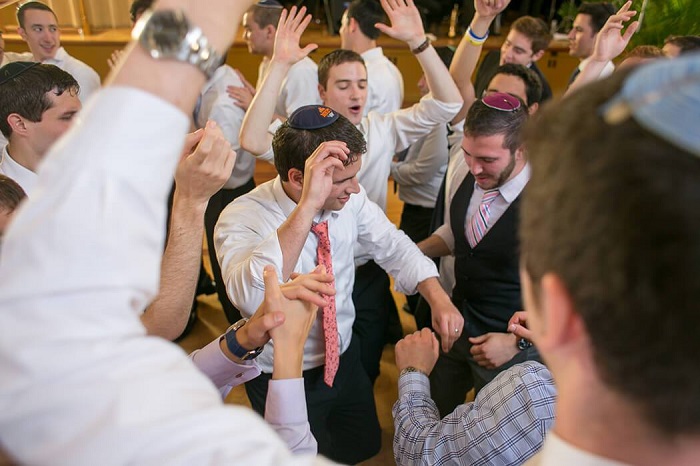 Walk to the Chuppah

Chuppah is the place where traditional Jewish wedding vows take place. First of all, groom is accompanied with his parents down the aisle to the chuppah. Once, the groom reaches chuppah, bride along with her family follow. 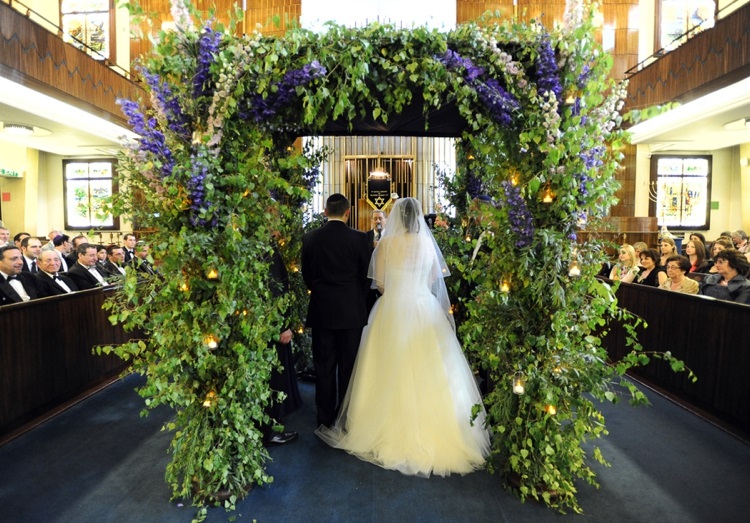 As a symbol of creating magical wall of protection against temptations, evil spirits and other women, the bride circles around the groom either three or seven times while they are still under the chuppah. In the modern Jewish wedding ceremony, both can circle around each other. 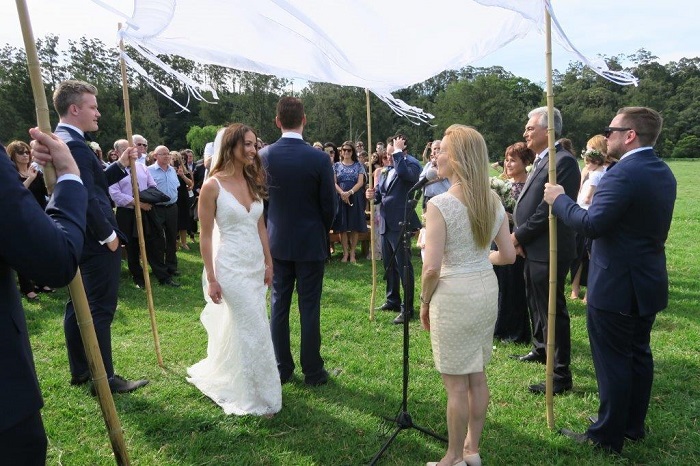 This tradition is essential part of theatrical Jewish wedding. It comes from ancient teachings where the seven blessings are recited both in Hebrew and English. The blessings begin with a cup of wine and it focus on happiness, joy and love. 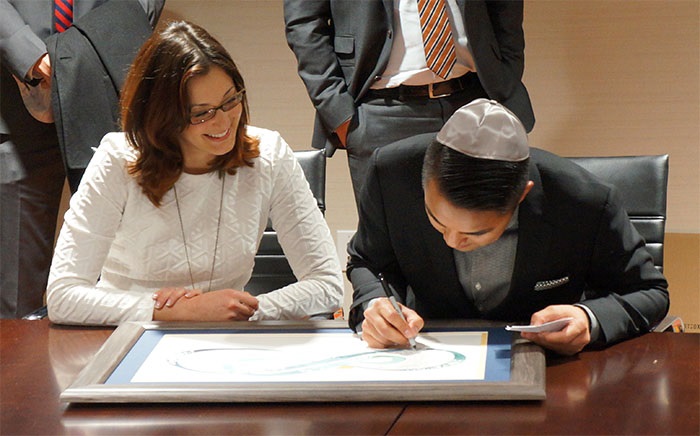 Breaking of the Glass

Towards the end of the traditional Jewish wedding, the groom is asked to step on a glass which is wrapped in a bag. The glass needs to be shattered as a symbol of destruction of temple in Jerusalem. Others believe that it represents that marriage has both joy and sorrow and the couple needs to stay together in all the up and downs of life. 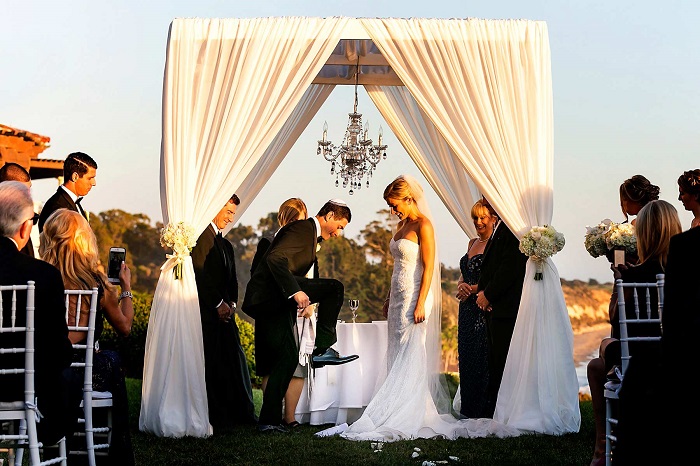 The guests cheer Mazel tov once the ceremony is over and groom breaks the glass. The word means ‘congratulations’ or ‘good luck’. The closer meaning of the word means wishing the best of the future. 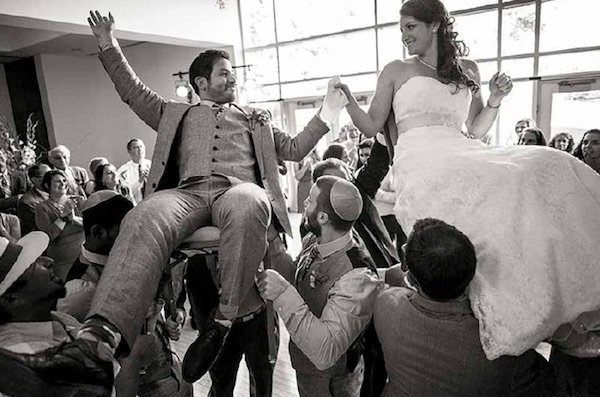 Yichud means seclusion and according to this the couple spends approximately 18 minutes in seclusion. The time is considered a time to bond and rejoice. 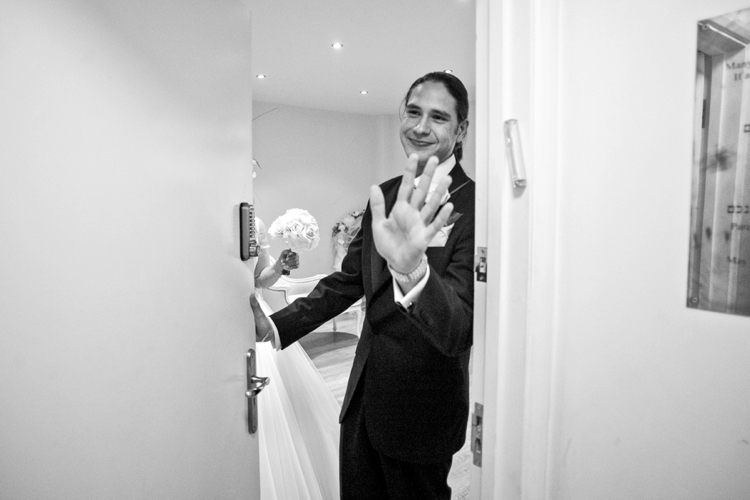